The following is the campaign speech that I made at my re-election kick-off event at The White Rose bookstore on High St. on Thursday May 28, 2015:

Thanks everyone for coming out this
evening. Before I begin, I want to extend a special thanks to my husband,
Damian, and my son, Lucien, for being here with me tonight because without them
and their support, none of this public life is possible. 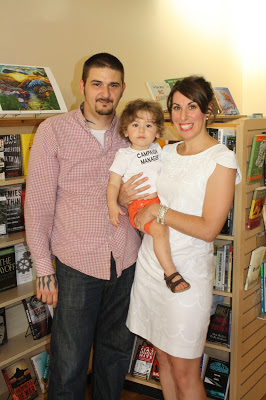 Thank
you all for coming; I am both honored and humbled by your presence- mostly
because I am sure that I’ve pissed you off at some time or another. But I think
that I’ve learned over the years that this is OK. Not because I want to piss
you off or want to ‘stick-it-to-the-man’ in some way, but because I am honestly
and sincerely listening to what each of you have to say about a particular
issue. I am interested in your perspective and working so hard to find that
common ground and those areas of overlap, so that we can move forward on an
issue and make the political process productive, without compromising the
principles and values on which I stand and for which you all elected me.
And I think,
from what I’m hearing, that you all are learning that you may get upset with me
over a particular vote or issue, but that overall you can count on me to be
transparent about that decision; that I will do my best to articulate and
explain my position; and that in doing so you can recognize that I have heard
you; that I did listen to you when you made that phone call, when you sent that
email or hand-written letter, when you stood up at a mic during a public
hearing with your hands and voice trembling. 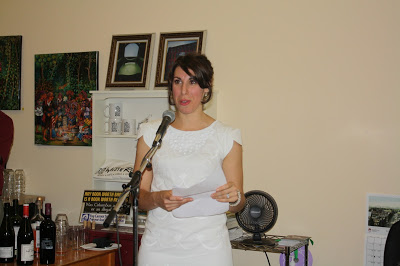 Whether
you were a supporter of my first run for office in Ward 7, ten years ago or
whether you only recently encountered me due to some controversial issue that
came before the Ordinance Committee, I think that many of you have come to
appreciate this attribute in me- this ability to listen not only to what you
have to say about an issue, but also how you feel about an issue. I hope you
know that I take very seriously your comments and thoughts on these matters
facing the City, that I am empathetic toward your position, and oftentimes in
awe of the passion and dedication you bring to the issues that you are involved
in and in effect, to the City. I often find myself nodding along in agreement
to your points and then someone with the exact opposite position will come to the
mic and explain their perspective and I find myself nodding along with their
points as well. This is not because I don’t have my own thoughts about this
particular issue, but instead it’s due to the fact that I am working hard to
understand how the logic lines up for you, so I can understand things from
where you stand.
So,
Holyoke, we’ve come a long way from my 2005 campaign! I’ve come a long way from
being that “carpetbagger from Northampton” (I’m from NY by the way!) to being
somewhat old-hat and part of the institutionalized “city” that people are
complaining about. I’ve now been the Chairwoman of the Ordinance Committee for
four years. Chairing the Ordinance Committee is really hard work, but like all
hard work it is also extremely rewarding. The Ordinance Committee is by far the
‘work horse’ of the City Council, where some of the city’s most important and
most substantive issues are sorted through. It’s where most of the “sausage-making”
happens (and oh boy- can I tell you how I love to make sausage?!!). I really do
enjoy working out the details of policy making and finding solutions that work
for our city.
I’m
really proud of the work we’ve accomplished in the Ordinance Committee. The
Ordinance  Committee’s members’ include
Councilors Alexander, Bartley, Chateauneuf, and Vacon who could not represent a
more wide and diverse range of opinions and ideological commitments. Despite
this diversity, the Ordinance Committee is engaging in very healthy and active
debates on the issue and time and again we are passing out of committee cutting
edge legislation (at times it is too far ahead of where the majority of votes
are on the full council and items are sent back to committee). My committee is
very successfully deliberating the issues that come before us and crafting
great policy, such as: the zoning by-laws for medical marijuana facilities;
passing Western MA’s first Complete Streets Ordinance, moving forward on the
establishment of both the Fairfield Ave and Polish Heritage Historic Districts,
and more mundane issue that pertain to the organization and daily functioning
of City Hall. In all of these cases and more, the Committee has been able to
reach compromises and find a course of action that allows the issue to move
forward from the arena of debate and into the real world in our lived
experiences in the City. 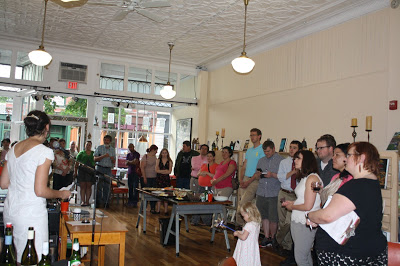 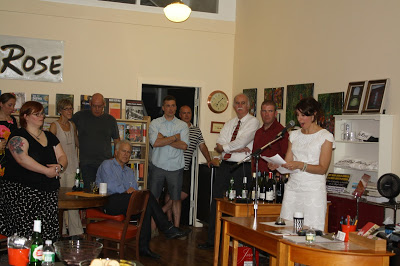 And this
is what I believe to be one of the most important aspects of the work we do in
government; it’s addressing the problems and issues that you bring to our
attention. Again, in my first “unsuccessful” bid for the Ward 7 seat my campaign
was premised on the ideas of ‘downtown revitalization’ and ‘smart growth’
in-fill development. And while many people could appreciate the value of a
thriving, walkable, historic downtown, many felt that that was a thing of the
past; that THAT downtown was available wrapped in nostalgia alone. But I have
held tight to this vision and trudged through the weekly council meetings and
labored over the votes that would bring us closer to that vision and today we
are celebrating my 2015 campaign kick-off in a small, independent bookstore
downtown that did not exist ten years ago when I was first running for office.
This vision of a livable, walkable,
vibrant downtown is becoming a reality and I truly believe that it is, in part,
a direct result of my presence on the council and my consistent efforts and messaging
to highlight the value and promise of a revitalized downtown. The City of
Holyoke has expanded what it believes is possible toward this end and has been
taking concrete and measured steps forward in realizing this vision. The entire
rhetoric of the City Council has shifted; although there remain critics of this
vision, who continue to call this idea of a thriving downtown a “fantasy,”
by-and-large the majority of councilors and constituents see a revitalized
downtown as an essential component of Holyoke’s future success as a city. Revitalization
is happening and we are all a part of that. So, THANK YOU for your work toward
this vision. Thank you for taking the risks and opening up your businesses
downtown; for bringing your talents, your art, and your passion downtown. Thank
you for your support and please remember to VOTE LISI on November 3rd!

Last Tuesday, the City Council unanimously adopted an order I filed to send a strongly…

The Birthing Center at HMC is at risk of closing

An update from the front lines. This past Spring, Holyoke Medical Center (HMC) announced that…