HOLYOKE — An issue that erupted here in 2010 has helped in positioning Rebecca Lisi to become the city’s next mayor.

Lisi, a city councilor at large, took a proposal to permit the housing of backyard chickens and honed the issue of racial norms surrounding Blacks and Latinos into a dissertation recently heralded by the University of Massachusetts (UMass) in Amherst.

“My dissertation is about the use of race in political campaigns and the differences in targeting Blacks versus Latinos in order to mobilize white voter turn-out,” Lisi said.

Lisi, 42, is running for mayor and is in her 14th year on the City Council.

A dissertation is a research project that makes a unique contribution to a field of study. Lisi pursued her dissertation as a doctoral candidate in the Political Science Department at UMass.

Lisi spent eight years working on the dissertation. She initially compiled the data for the dissertation in 2017. Data analysis and writing were done simultaneously, chapter-by-chapter, over the following years, Lisi said.

“All while I was teaching multiple classes at area colleges and universities, serving in my capacity as a city councilor, and making time for the needs of a small child and my family,” Lisi said.

“I worked really hard juggling a lot of balls at once and it demonstrates that I have a varied skill set, multiple capabilities, and that I operate with a high level of achievement.” 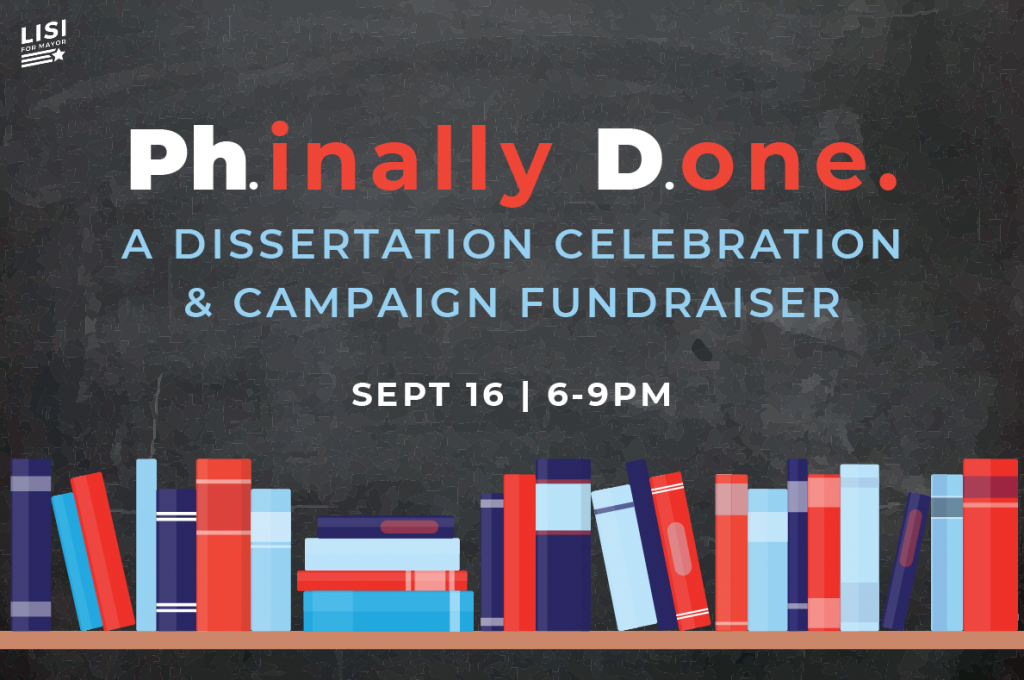 Lisi’s work was informed in part by the political rhetoric that in 2010 helped to defeat the ordinance to permit residential raising of chickens, a practice numerous other cities and towns permit.

Lisi said, “I could tell from the discussion that the folks speaking did not hear their comments as racist.”

The proposal was a charged issue given that Holyoke’s population of 40,000 is half or more Latino, most of whom are of Puerto Rican descent.

The assumption around the proposal to permit the raising of backyard chickens was that it was something that the Puerto Rican community wanted. In reality, the proposal was favored by middle-class white residents who wanted access to their own fresh, organic eggs, Lisi said.

The dissertation works to understand the conditions under which racist language is tolerated and when a norm of racial equality takes precedence. The research design includes a nationally representative sample of on-line respondents reacting to a series of fictitious campaign mailers in which the racial rhetoric and images are systematically varied.

Among Lisi’s conclusions in the dissertation was that the norm of “racial equality” that emerged in the wake of the civil rights movement applies only to Blacks and does not extend to cover Latinos. She also found partisan differences regarding the extent to which candidates are tolerated or punished in the face of racial campaign appeals.

Lisi was awarded the National Science Foundation (NSF) Doctoral Dissertation Research Improvement Grant– one of the most prestigious grants awarded for dissertation research in the United States. The grant funded the development and placement of her research experiment with an on-line survey platform. The NSF is a federal agency created by Congress in 1950 to promote the progress of science, advance the national health, prosperity and welfare and to secure the national defense, according to their website.

Lisi said that skills she sharpened in working on the dissertation will help her as mayor to be more discerning in terms of arguments that are made in favor or against particular policy proposals.

“I also have a strong ability to make sense of and leverage data, facts and evidence in developing policy interventions that will work for our city,” she said.

The dissertation is published by UMass Scholarworks and is available electronically, Lisi said.

Lisi has declared four pillars in her campaign to be Holyoke’s next mayor: economic development, education, being welcoming to newcomers and civic engagement.

The top two vote-getters in the preliminary election Sept. 21 will compete to become Holyoke’s next mayor on Election Day Nov. 2.

Lisi is celebrating the completion of her dissertation with a “Ph.inally D.one” campaign fundraiser on September 16 from 6- 9PM at her campaign headquarters at 530 Maple St. The public is invited to attend.